The House of Payne

If you have trouble loading pictures, please go HERE.
When One Old Dawg received the invitation to attend the Naming Event of the William Porter Payne and Porter Otis Payne Indoor Athletic Facility at UGA, we were especially excited. Jerry and Billy played together on the 1966 SEC Championship football team at Georgia. As One Old Dawg says, “I didn’t know Billy Payne would become famous, but I’m not surprised.” Even then, Billy showed such strength of character that those who knew him imagined he might reach any goal he set. Of course, perhaps beyond imagining would be the huge role he played in bringing the 1996 Olympics to Atlanta, Georgia.

One of the presenters at the event was none other than legendary golfer, Jack Nicklaus. When One Old Dawg met Nicklaus, he introduced himself by saying, “Mr. Nicklaus, you don’t know me from Adam’s housecat, but I sure have enjoyed watching you play golf through the years.” When asked if he minded posing for a picture, Nicklaus responded, “I’ve always wanted to have my picture taken with Adam’s housecat.” 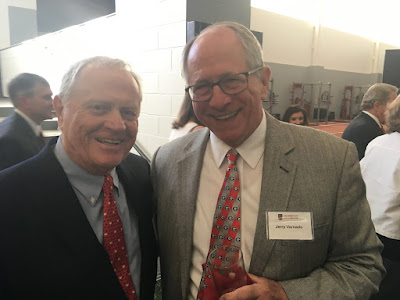 We ran into one of One Old Dawg's former teammates, Georgia great, George Patton, here with One Old Dawg, and their former coach, Vince Dooley. 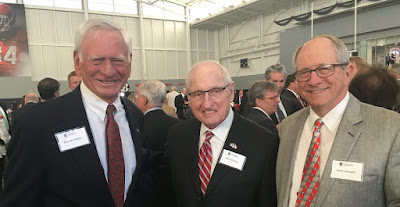 When One Old Dawg came to Georgia as a young recruit, the athletic department arranged for members of the Georgia Girls to show recruits around campus. Jerry’s escort for that weekend was Marianne Gordon, a young woman who later became television personality, Marianne Rogers. Meeting again here after many years. 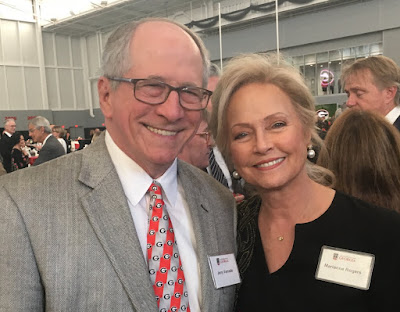 Mark Kubiak interviewed one Old Dawg for the SEC network on his memories of Billy Payne. The show will air in July on SEC. We’ll see if One Old Dawg makes the cut. 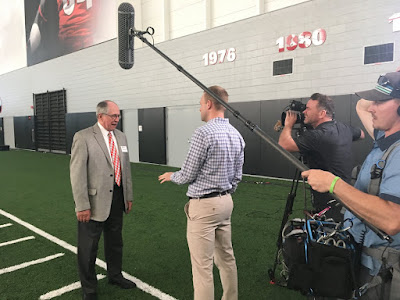 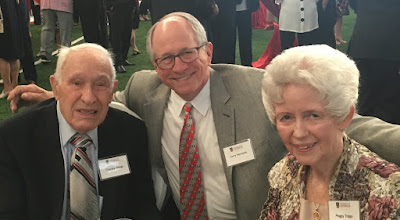 A tent was actually erected inside the Indoor Facility and provided a lovely backdrop for the event. 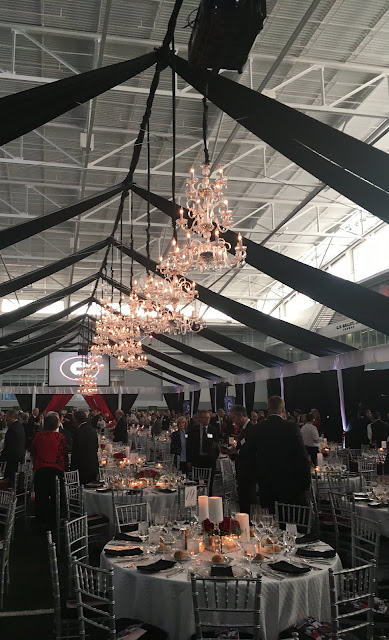 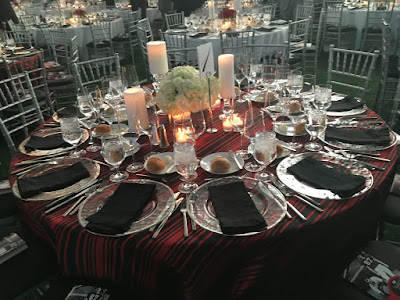 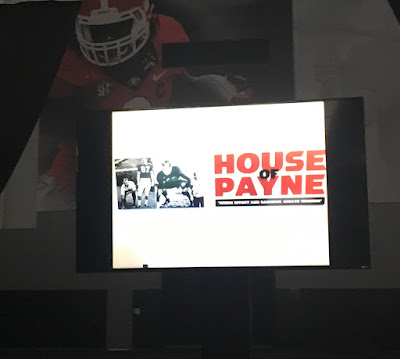 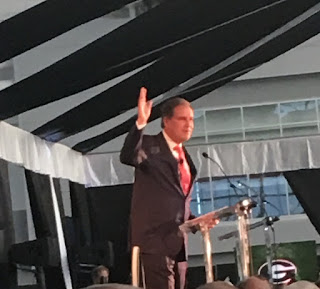 CBS announcer and Masters anchor for many years, Jim Nantz, was Master of Ceremonies. Also in attendance was long time sportscaster Verne Lundquist as well as golfers Bubba Watson and Kevin Kisner. 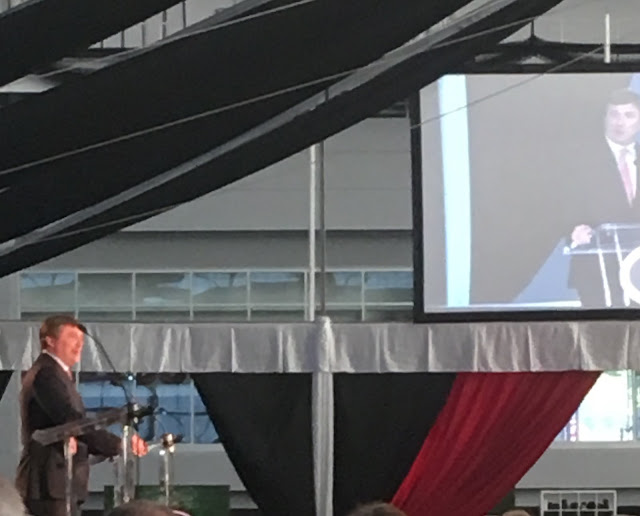 Former U.S Secretary of State, Condoleezza Rice, and the first woman member at Augusta National under Payne’s tenure as Chairman, sent her lovely message via video.


Former Ambassador and Atlanta Mayor, Andrew Young, covered the challenges in bringing the Olympics to Atlanta. He and Billy Payne traveled to over 100 countries, a black man, and a white man with such love for each other, it gave the world a new picture of the American South. Young praised Payne and credited the hand of God  for their successes. One Old Dawg and his wife pose with Ambassador Young. 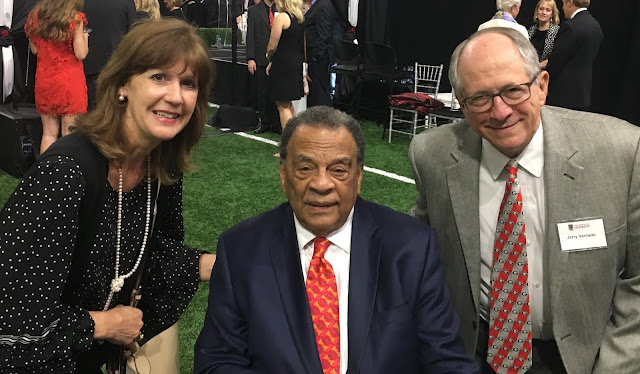 
Finally, Billy Payne spoke, the former chairman of Augusta National Golf Club, the man in the forefront of bringing the Olympics to Atlanta, and later president and chief executive officer of the Atlanta Committee for the Olympic Games. Loran Smith wrote in the program for the evening, “If Billy Payne is anything, he is far-sighted and audacious as the winning of the centennial Olympic bid underscores. Who could have fathomed that the games could take place in the state capital of Georgia-except William Porter Payne, the stout-hearted dreamer?”


The Naming Event was a much deserved honor for Billy Payne and it was a joy for all of us in attendance.

Other  Old Dawgs present  that evening:
﻿

Follow by Email: please watch your inbox for an email from Feedburner to confirm

Who is One Old Dawg? 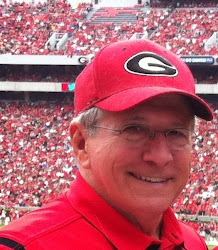 Jerry Varnado played defensive end at the University of Georgia on Vince Dooley’s first three teams. No, he did not wear a leather helmet, but he did play on the 1966 SEC championship team, which placed Georgia fourth in the nation. One Old Dawg went on to help coach the UGA football team while he was in law school, and after graduating, he practiced law for over a decade.

Later, after a series of tragedies, he gave his life to Jesus Christ. After much soul searching, he left his law practice and has now been faithfully preaching the gospel for nearly thirty years. Though semi-retired, he’s still at it every Sunday. If you want to hear him preach, drop in sometime at church. He also leads a men's Bible study at the Athens YMCA (they let women come, too), is the chaplain of the Athens Touchdown Club, has recently led a Fellowship of Christian Athletes Bible Study for high school coaches, and is the FCA chaplain for the Athens Academy Football team.
Inducted into the Valdosta/Lowndes County Sports Hall of Fame, he is the recipient of the Athens Athletic Hall of Fame Fosky Henderson Award for community service. He is happy to say he was president of The Athens Touchdown Club when his beloved Bulldogs won the 1980 National Championship.
He is the proud father of four children, sweet Alden who is now with Jesus, Mari, Aaron, and Bethany, and he's the grandfather of two of the best grandkids ever, Walker and Sara Alden.
Check in here every Wednesday through football season or better yet sign up to receive by email. You don't want to miss any of his mostly true Bulldog lore.

Who's writing this here blog?

Well, it used to be that One Old Dawg would rather be flogged than blog, but gradually he's gotten used to the idea. One Old Dawg’s wife, Beverly Varnado, still helps him out. She’s not old. He married a MUCH younger woman. She thought somebody ought to get down these stories One Old Dawg has been telling for decades. And though she said she’d never do it, she’s become his administrative assistant following him around with a notepad and recorder. One Old Dawg has always hoped this would happen. ~sigh~ She’s also plundering a cardboard box of memorabilia his mama saved and taking out straight pins that have held newspaper clippings together for fifty years. Thank you Mama Varnado for such a wealth of material. You can also catch Beverly on her personal blog, One Ringing Bell, her website http://www.beverlyvarnado.com/, or pick up one of her books, Home to Currahee, or Give My Love to the Chestnut Trees.

One Old Dawg is given to embellishment. He's been spinning these stories so long, in a few cases, he’s forgotten where fact leaves off and fiction begins.

MORE ON ONE OLD DAWG